You are here: Home / Blog / Our Views on the Trinity

Our Views on the Trinity

“I have read your doctrinal page and seen your statement that the Holy Spirit is a person. Can you explain your view a little further?” 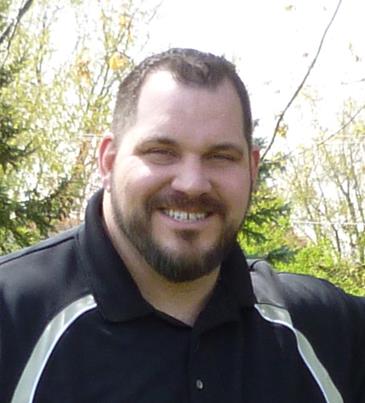 I want to first start by saying that any try by man to fully understand God is foolish and extremely inadequate. In our curriculum, we seek to show people Scripture and let them choose how to teach their children. Yes, we do share questions that the parent can use, but even these are trying to force further study by both the parent and the children. We want to create Bereans of our members, not automatons who follow everything we say.

When speaking of God (YHWH), the Scriptures give us many passages to bring together to help us get to know Him. There is much in Scripture that states both God’s oneness and his multipleness.

We firmly believe in the deity of Yeshua and have no problem promoting this to our members and sharing it often in blog posts, Facebook statements and in our curriculum. We emphasize it as we see it as extremely important to understanding our redemption.

The Ruach HaKodesh, or Set-Apart Spirit, seems to be taught throughout Scripture also as something or someone unique to Abba Father and the Son, Yeshua the Messiah. By the term person in our doctrinal statement, we use the term very loosely for the Holy Spirit as He is not a physical form. However, He does seem, according to Scripture to have a unique personality from the Father and the Son (the Word, Yeshua). By person, we mean more that the Set Apart Spirit is unique in personality, existence and purpose, submitting to the will of the Father and the Son. However, He is God and He is part of the oneness of God as the Shema states. “Hear, O Israel: YHWH our (plural) Elohim, YHWH is echad.”

We see that YHWH (God) sees the need to declare both His plurality in Elohim and his oneness in echad. This is the same Hebrew word, as I am sure you know, that is used to state that Man (Adam) and Woman (Eve) are to become one (echad). Two are to become one. Elohim (more than one) are echad (one). As I read this, I have to ask those who deny God’s multiplicity, why YHWH made this statement, especially with the choosing of these particular words?

The Scriptures teach that there is one God. This can be clearly seen in such passages as Deuteronomy 6:4; 1 Corinthians 8:4; Galatians 3:20; Eph. 6:4; 1 Timothy 2:5. However, the Scriptures also teach that the Father is God (1 Cor.1:3), the Son (Yeshua) is God (Jn.1:1-14), and the Set Apart Spirit (Ruach HaKodesh) is God (Acts 5:3, 4). All three are God (divine, deity). I admit the improbability of properly stating or visualizing the concept of one God being made up of separate persons/manifestations/personalities… pick a word. Nevertheless, this is what is stated in the Scriptures.

I do not see in Scripture that the “Father,” “Son,” and “Set-Apart Spirit” are just different attributes of the same person, for a number of reasons. For instance, there are multiple occasions where all three are found in the same scene. We see all three in the beginning at creation (Gen.1:1,2 [God, Spirit of God]; Jn.1:1-3 [the Word]; Yeshua coming up out of the water, the Spirit descending as a dove upon Yeshua and the Father speaking about the Son from heaven. To these passages we can add Matt. 28:19, where Yeshua commanded baptism in the name of “the Father, Son, and Set-Apart Spirit.” We also note Rom. 15:30 and 2 Cor. 13:14, where Paul speaks of all three in the same verse. These passages make no sense at all if the Father, Son and Holy Spirit are all one and the same person without any differentiation.

The statements that Yeshua makes Himself show that they are not one and the same person(a), but have differentiation in their oneness. In Jn. 6:38 He said, “For I came down from heaven, not to do mine own will, but the will of him that sent me.” If the Father and Son are the same person(a), wouldn’t Yeshua be doing His own will when He did the will of the Father? If they are the same, isn’t Yeshua then a liar? Clearly He distinguishes Himself from His Father.

Yeshua also states in Jn. 14:16-17, “And I will petition the Father, and He will give you another Comforter, that He may remain with you to the age, the Spirit of Truth, whom the world cannot receive because it does not see Him nor know Him. But you know Him, for He abides with you and shall be in you.” Here we see Yeshua again stating a differentiation between Himself, the Father, and the Comforter, the Spirit of Truth or Set Apart Spirit.

Going back to Genesis 1:26, 27 we see the possibility of the plurality or multiplicity of YHWH where it states, “Then God said, “Let us make man in our image, after our likeness…So God created man in his own image, in the image of God he created him; male and female he created them.” This can also be seen in Gen. 3:22, 11:7; Is. 6:8.

Now I also understand the Hebrew concept of kings who would use the plural to endorse their great power and authority and that these verses can be simply an assertion by YHWH that He is far superior to any other authority known to man. However, they could also be declaring His multiplicity of person while also declaring His oneness of substance from the beginning.

Yeshua also states in Jn. 10:30 that “I and my Father are one,” declaring His oneness with the Father even though separate in existence. They are echad, just as is stated in the Shema, yet somehow separate. I see this possibility also throughout Scripture with the Set-Apart Spirit.

However, we see once again a differentiation made in 1 Pet. 1:1, 2, “Peter, an apostle of Yeshua Messiah, To those who are elect exiles of the dispersion in Pontus, Galatia, Cappadocia, Asia, and Bithynia, according to the foreknowledge of God the Father, in the sanctification of the Spirit, for obedience to Yeshua Messiah and for sprinkling with his blood: May grace and peace be multiplied to you.”

And how about 1 Cor. 2:7-16, which seems to differentiate between the Spirit and the Father? “But, as it is written, “What no eye has seen, nor ear heard, nor the heart of man imagined, what God has prepared for those who love him”– these things God has revealed to us through the Spirit. For the Spirit searches everything, even the depths of God. For who knows a person’s thoughts except the spirit of that person, which is in him? So also no one comprehends the thoughts of God except the Spirit of God. Now we have received not the spirit of the world, but the Spirit who is from God, that we might understand the things freely given us by God. And we impart this in words not taught by human wisdom but taught by the Spirit, interpreting spiritual truths to those who are spiritual. The natural person does not accept the things of the Spirit of God, for they are folly to him, and he is not able to understand them because they are spiritually discerned.”

The understanding of YHWH culminates in the fact that there is only one God and it is He. He is an awesome God of infinite magnitude that human finite minds cannot begin to grasp. He has given us glimpses of His character and power in His Word. Some of these are beyond human rationalization or philosophy to put into words. We try and ultimately fail, creating more often than not division.

Rather than attempting to fully define YHWH with our finite human minds, we would be better served by focusing on the fact of God’s greatness and His infinitely higher nature. “Oh, the depth of the riches of the wisdom and knowledge of God! How unsearchable his judgments, and his paths beyond tracing out! Who has known the mind of the Lord? Or who has been his counselor?” (Romans 11:33-34).

At Homeschooling Torah, we do not focus on separating God into His parts in our curriculum. Instead we seek to dwell on how we are to live for Him as disciples of His Son, Yeshua, and live out His commands in our lives.

We hope that you will feel it possible to become a member of Homeschooling Torah. However, we also understand that you may not feel comfortable using it because of doctrinal differences. Whatever the case, we pray for YHWH’s wonderful guidance in your future homeschooling endeavors.