Although we realize that not all of our homeschooling families celebrate Hanukkah, nor do we believe that it is a commanded celebration (from Leviticus 23), we also feel that there is historical value in remembering what YHWH did for the nation of Israel during the time of the Seleucid Empire.

Here are some idea to help you celebrate Hanukkah in your home:

First, learn the history of Hanukkah.

Read it from the original source:

About Setting Up and Cleansing the Sanctuary:

Additional sources (note: we do note endorse all of these links):

Using “Light in the Darkness,” have your older students read chapters 1-2, pp. 9-33, and make a notebooking page describing what they have learned. (Students using our Babylon, Persia, Greece, and Rome history curriculum will especially benefit from chapter 2.) 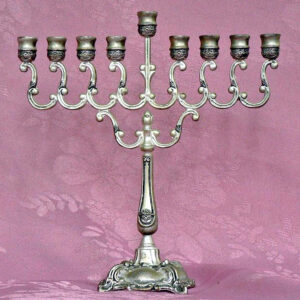 Hanukkah means “dedication,” named after the dedication of the Temple. It was not called the “Festival of Lights” until at least the time of Josephus (mid first-century, after Yeshua). The miracle of the oil is not verifiable from any primary sources and was not added until about 600 years after the events of the Maccabees (source).

The traditional Hanukkiah (the 9-branched menorah, which contains 8 lamps plus a taller shamash lamp, or “servant” candle) is not original with the true history of Hanukkah either. While our family used to light a traditional hanukkiah each day of Hanukkah (while reciting traditional blessings), we have chosen to no longer participate in this tradition because the 9th month is the traditional pagan time to celebrate light in honor of the sun god (much like the winter solstice celebrations of Saturnalia, Yule, and modern-day Christmas). In early Babylonian times, the name of the sun god was Chamash, and festivals were celebrated in honor of the sun god and his light during this time of year.

We have also discovered that the dreidel game commonly played at Hanukkah has roots in German Christmas traditions from the 1600s, as well as kabbalistic meanings with pagan Babylonian origins. For this reason, while our family is not opposed to playing games, we have chosen not to participate in this game any more.

Anne writes:
How do we know when it’s okay to have fun traditions and when it has crossed the line into sinful pagan traditions? For our family, the dividing line is being sure that none of our customs are borrowed from the way the nations worship their gods, as this is a direct command in the Torah (Deuteronomy 12:29-32).

So for OUR family, we used to celebrate Christmas truly in honor of the birth of Christ. We were sincere in our intentions, not realizing that the WAY in which we worshiped Him was the same way the nations worship their gods. We didn’t know anything about the biblical holidays and the correct way to worship YHVH.

Later, we stopped celebrating Christmas and began to celebrate Hanukkah, following all the traditions of the Jewish people. It hasn’t been until the past few years that we started to learn the origins of some of those customs, and that they are also borrowed from the nations, probably most likely when Judah was taken captive to Babylon (where the traditions had already been practiced for centuries, probably since Babel itself). For this reason, our family has chosen not to participate in any of those things any longer, no matter how fun they are.

I find it extremely unlikely from history that Yeshua was actually born on December 25, so we don’t do ANYTHING at all for Christmas anymore. However, the dates of the dedication of the Temple at Hanukkah really did take place at the end of the 9th month, so our family remembers these events and reviews the history of WHAT YHVH DID at this time. However, it’s looking less and less like a party each year — and more and more like a history lesson.   We keep our parties, feasting, and gift giving for the biblical holidays now. Thank

I obtained all of these Hanukkah books from my local library and brought them home to review and share with my own children. 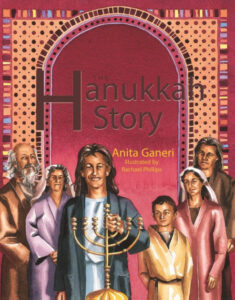 The Hanukkah Story, by Anita Ganeri. This book had an accurate retelling of the Hanukkah story with nice illustrations. The miracle of the oil was told in two paragraphs, which could be left out easily if desired. After the story, the book contains several pages describing the Hanukkah lamp, a recipe for potato latkes, and instructions for playing dreidel. 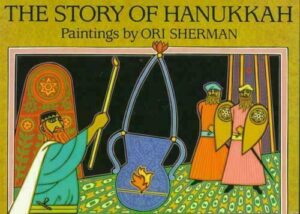 The Story of Hanukkah, by Amy Ehrlich. This book had an accurate retelling of the Hanukkah story, with all glory given to God for His help. The miracle of the oil was told in two pages, which could be left out if desired.

Hanukkah at Valley Forge, by Stephen Krensky. This was one of my favorite Hanukkah books, although it is set in the American Revolution. It is based on historical fact but the story itself is fictional. The miracle of the oil is told in two pages, which might be able to be left out. 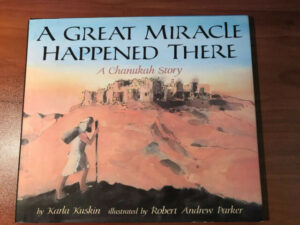 A Great Miracle Happened There, by Karla Kuskin. This is a tender retelling of the Chanukah story from the perspective of a modern Jewish mother who tells her son why their family is keeping Jewish traditions. There are references to Rabbinic customs.