You are here: Home / Blog / The Magic of Disney

The Magic of Disney 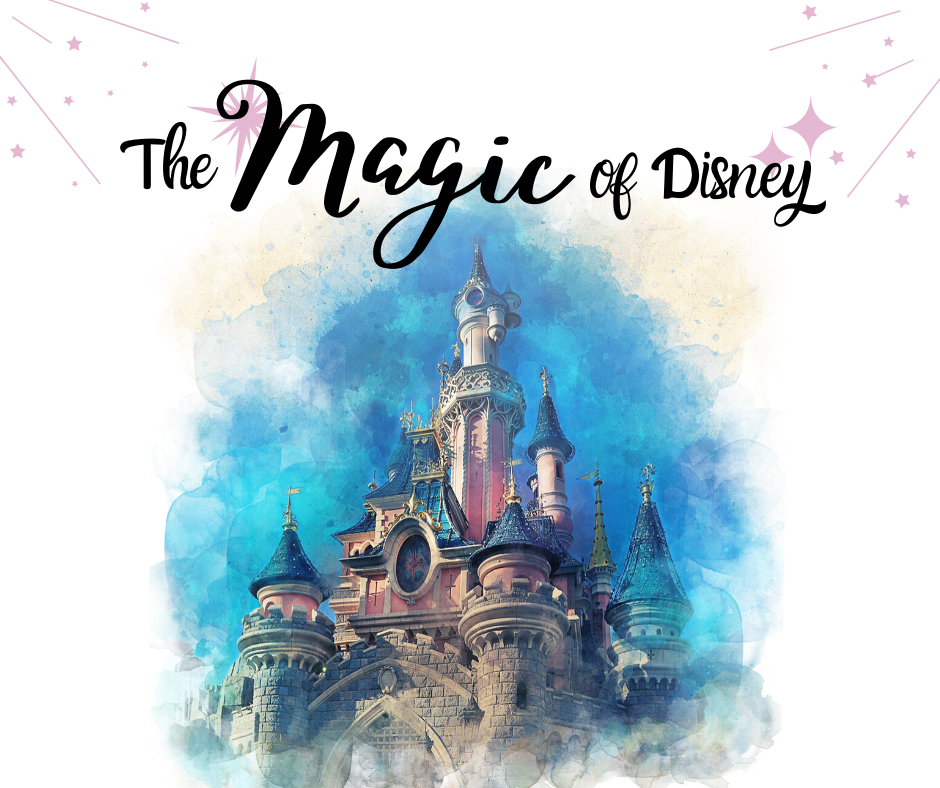 This is a guest post by Hannah Manderino of http://radicalfemininity.com.

Is there any company as well known and widely accepted as Disney? From its incredible theme parks to outstanding movies, you can find the influences of this company nearly everywhere you turn. Interestingly, most professing Christians are just as charmed with Disney as unbelievers… a distressing observation when you consider that professing Christians claim to believe the Bible.

Before I go any further, let me acknowledge that this article will probably step on some toes, and it may offend some of you. That is not my intention, and I hope that you will receive what I say in the spirit in which it is written — one of love, compassion and concern.

When I was very young, my parents were convicted to not allow Disney into our home. We children knew who Mickey Mouse was, but we were taught to not play with him or any other Disney characters. Why?

Well, what are some of the main words that come to mind when you think of Disney?

Does any of that sound familiar?

Within the past few days, there have been many people upset about the possibility of Disney turning Elsa, the main character from Frozen, into a lesbian. Most of these people are upset because they consider homosexuality to be a sin — an abomination, according to Leviticus 18:22. But it has not seemed to occur to these people that Disney has been propagating sin and abominations ever since its establishment. Let’s take a look at a few Scriptures.

“There shall not be found among you anyone who… practices witchcraft, or a soothsayer, or one who interprets omens, or a sorcerer, or one who conjures spells, or a medium, or a spiritist, or one who calls up the dead. For all who do these things are an abomination to YHWH” (Deuteronomy 18:10-12).

Shall we dive a little into the meanings of these words?

In 1 Samuel 15:23, we are told that rebellion is as the sin of witchcraft.

Leviticus 19:26 tells us, “nor shall you practice divination or soothsaying”.

“Give no regard to mediums and familiar spirits; do not seek after them, to be defiled by them: I am YHWH your God” (Leviticus 19:31).

“And the person who turns to mediums and familiar spirits, to prostitute himself with them, I will set My face against that person and cut him off from his people” (Leviticus 20:6).

“A man or a woman who is a medium, or who has familiar spirits, shall surely be put to death; they shall stone them with stones. Their blood shall be upon them” (Leviticus 20:27).

It seems pretty clear from these verses that everything pertaining to witchcraft, sorcery, magic, etc, is a sin and abomination. And just in case anyone objects to solely using passages from the Old Testament scriptures to support this view, let’s see what the New Testament has to say about it.

Galatians 5:20 tells us that those who practice witchcraft (G5331 pharmakeia – sorcery, magical arts) will not inherit the kingdom of God.

In Revelations 9:21, witchcraft is mentioned in connection with idolatry, murder, sexual immorality and theft.

And we are told in Acts 19:19 that when those who had practiced witchcraft came to faith in Messiah, they burned their books/resources.

I am not aware of one instance in the Bible where witchcraft or sorcery is exonerated. So then why is it acceptable to welcome these things into our homes in the form of entertainment and children’s toys, and pay money to experience them at theme parks?

When my sisters and I were discussing this issue, and I mentioned that I have never heard anyone give a Biblically sound reason for embracing Disney, one of my sisters told me she was talking with a girl she had met, and the girl mentioned how much she enjoyed these things. When my sister mentioned that the Bible forbids them, the girl replied, “Yes, it does say that, but you can learn so many good morals from them!”

It would be laughable if it weren’t so pitiable! Why don’t we welcome adulterers and murderers in to learn good morals from them as well? In the eyes of the Almighty, are those not the same type of sins as witchcraft?

Disney is often referred to as ‘the magic kingdom.’ Since the Bible tells us that magic is an abomination and those who practiced it were to receive the death penalty, would it not be more accurate to call it ‘the devil’s kingdom’?

For anyone who is not quite convinced, I want to talk about Disney movies for a minute. I have never seen a Disney movie – and I don’t plan to either! But I decided to look up the plot summaries of seven of their well-known productions. Let’s read through them, and every time you see the references to magic, witchcraft and sorcery (which include things like fairies, wizards, trolls, spells, and enchantment), remember that these things are an abomination to our Creator.

Anna, a fearless optimist, sets off on an epic journey — teaming up with rugged mountain man Kristoff and his loyal reindeer Sven — to find her sister Elsa, whose icy powers have trapped the kingdom of Arendelle in eternal winter. Encountering Everest-like conditions, mystical trolls and a hilarious snowman named Olaf, Anna and Kristoff battle the elements in a race to save the kingdom. From the outside Anna’s sister, Elsa looks poised, regal and reserved, but in reality, she lives in fear as she wrestles with a mighty secret-she was born with the power to create ice and snow. It’s a beautiful ability, but also extremely dangerous. Haunted by the moment her magic nearly killed her younger sister Anna, Elsa has isolated herself, spending every waking minute trying to suppress her growing powers. Her mounting emotions trigger the magic, accidentally setting off an eternal winter that she can’t stop. She fears she’s becoming a monster and that no one, not even her sister, can help her.

After receiving the healing powers from a magical flower, the baby Princess Rapunzel is kidnapped from the palace in the middle of the night by Mother Gothel. Mother Gothel knows that the flower’s magical powers are now growing within the golden hair of Rapunzel, and to stay young, she must lock Rapunzel in her hidden tower. Rapunzel is now a teenager and her hair has grown to a length of 70 feet. The beautiful Rapunzel has been in the tower her entire life, and she is curious of the outside world. One day, the bandit Flynn Ryder scales the tower and is taken captive by Rapunzel. Rapunzel strikes a deal with the charming thief to act as her guide to travel to the place where the floating lights come from that she has seen every year on her birthday. Rapunzel is about to have the most exciting and magnificent journey of her life.

Merida, a Scottish princess whose interests include archery and horse riding, is told by her mother that her interests are not what a princess should be doing and that she has to marry. But Merida chooses to defy her mother. And when she and her mother have an argument Merida rides off and meets a witch. She asks for a spell to change her mother. And the witch gives her a cake which she gives to her mother but the change is not what she was hoping for. So she tries to find a way to fix it.

Beauty and the Beast

Prince Adam was cursed to a beast form by Enchantress who saw no love in his arrogant heart for others. The one way he could break the spell was to learn to love another and earn her love in return before the last petal from his enchanted rose fell, which would bloom until his twenty-first birthday. But who could ever learn to love a beast? Ten years later, Maurice, an inventor from a nearby village, becomes lost in the woods and seeks shelter in the Beast’s castle, the Beast imprisons him for trespassing. His daughter Belle, a bookworm who dreams of life outside her provincial village, finds him trapped in the castle and offers her place instead. The Beast accepts with a promise she’ll remain in the castle forever. In the beginning Belle views him as nothing more than a monster, he views her as difficult and stubborn. But the two soon taste the bitter-sweetness of finding you can change and learning you were wrong.

Loosely based upon the story by Hans Christian Andersen. Ariel, youngest daughter of King Triton, is dissatisfied with life in the sea. She longs to be with the humans above the surface, and is often caught in arguments with her father over those “barbaric fish-eaters.” She goes to meet Ursula, the Sea Witch, to strike a deal, but Ursula has bigger plans for this mermaid and her father.

Snow White and the Seven Dwarfs

The beautiful and kindhearted princess Snow White charms every creature in the kingdom except one — her jealous stepmother, the Queen. When the Magic Mirror proclaims Snow White the fairest one of all, she must flee into the forest, where she befriends the lovable seven dwarfs — Doc, Sneezy, Grumpy, Happy, Bashful, Sleepy and Dopey. But when the Queen tricks Snow White with an enchanted apple, only the magic of true love’s kiss can save her!

The Princess and the Frog

A modern day retelling of the classic story The Frog Prince. The Princess and the Frog finds the lives of arrogant, carefree Prince Naveen and hardworking waitress Tiana crossing paths. Prince Naveen is transformed into a frog by a conniving voodoo magician and Tiana, following suit, upon kissing the amphibian royalty. With the help of a trumpet-playing alligator, a Cajun firefly, and an old blind lady who lives in a boat in a tree, Naveen and Tiana must race to break the spell and fulfill their dreams.

As I mentioned last year in my post about homosexual marriage, if people do not believe in the God of the Bible, then it makes sense for them to accept and practice what the Bible calls sin. I don’t agree with them, but I can hardly blame them! But for those people who do profess to follow the Bible, in light of the passages presented above, I cannot comprehend how they find it acceptable to welcome Disney into their homes.

I will close with one more verse…. After we are told in Deuteronomy 18:10-12 to not practice these things because they are an abomination, verse 13 tells us, “You shall be blameless before YHWH your God.” The word for blameless means ‘perfect’, ‘upright’ and ‘without spot/blemish.’

I meant to only share one verse but the meaning of that one reminded me of another one! Ephesians 5:27, speaking of the Messiah, says, “That He might present her to Himself a glorious church, not having spot or wrinkle or any such thing, but that she should be holy and without blemish.”

Dear friends, please hear this in love: we cannot be holy and spotless when we welcome magic, witchcraft and sorcery into our homes and lives.