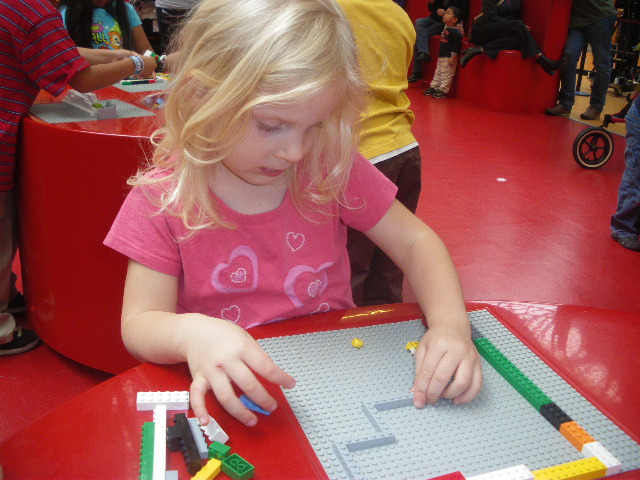 Nothing is quite as unnerving to a homeschooling mom as finding out that her child is struggling in school. I know, because I’ve been there! I have several children that struggle in reading, spelling, handwriting, and math — and it can be scary! In addition, my youngest child (not quite two as I’m writing this) has some significant developmental delays because of health problems, so I’m guessing I’ll be facing learning challenges for many years to come.

An email I received this week says it well,

“I’m struggling with what to do in teaching my son to write. He is 8 and excels in all other subjects. However, writing often brings tears! He feels overwhelmed. He is also behind in this subject, so I’m not sure if I should keep up with what we are doing and encourage him more or if we should look at doing something different. It’s always finding that balance and knowing, ‘Is he being stubborn or am I being stubborn in my approach?'”

“I have a 13 year old son who is just now catching on to reading. It has taken several curriculum changes and tearful days to get him to learn to read. He is still not reading well though, and is falling ‘behind’. He cannot seem to understand how to write things out. For example, I will ask him to dictate a sentence, and he will not remember how to write simple one/two vowel words. He is always asking me how to spell even the simplest words. I am not sure what to do anymore… He should be in 7th grade, but is now doing 3rd grade stuff. Any wisdom for me? I am so worried about this issue! I feel like I’m failing my son.”

I myself have felt the same way. Many of you have written to me, so I want to help, but honestly, my strong point is research. Over the last year and a half (since we found out about our youngest son’s troubles), I have been reading and researching heavily — and finding out that some of my older children also have mild learning problems that I had never even considered. (One friend put it well when she said, “All humans have brain damage. It’s just the extent of damage that differs!”)

So what should you do when you begin to notice a child is making downward progress in school or is suddenly falling behind in math? Well, for me, I have been caught off guard. At first, I would deny that a problem existed, but since our state requires achievement testing, the yearly report would hit me with the bald truth.

Why is this happening?

My research has shown that there are two reasons for learning problems:

Fun Fact: Did you know that the processes that allow a child to think, move, express emotion, and interact socially reside in either the right or the left hemisphere of the brain? In other living species, brain centers are stored on both sides. Asymmetry is what makes humans unique from all other creatures, and it’s what makes the human brain so powerful. We are truly made in the image of God! (Source)

It seems to me that learning problems begin to show up when simple school tasks start becoming more complex. For instance, most children can figure out that 2 + 2 = 4, but when a word problem or arithmetic problem involves multiple steps, suddenly a learning problem can become obvious. Another common problem is in writing, as my friends above have discovered. Handwriting or spelling might be easy, but taking all that a child has learned about communication and combining it all into a few sentences — that can be overwhelming for a child with a learning problem!

Achievement tests are controversial, but I personally appreciate getting the results because the test typically breaks learning down into its core components, helping me easily identify where a problem is. For instance, after an achievement test, I discovered that one daughter wasn’t hearing the ending sounds of letters. I knew she was struggling with reading, but I didn’t know why. We took her to an audiologist to get her hearing tested, but we were baffled to find out that her hearing was perfect. After further research, I found out that these types of hearing problems (which commonly show up in an inability to read or spell) can be caused by a weakness in the right side of the brain. We are now doing specific “brain exercises” for that area of her brain, and in a short time, we’ve already seen a marked improvement.

One of the books I purchased is Disconnected Kids, by Dr. Robert Melillo. In chapter 10, he has an extended list of common academic problems and which side of the brain they are associated with.

How do we fix the problem?

First, we need to be sure that we’ve tried to discover what caused the problem in the first place — so we can be sure the problem isn’t still there and can cause future problems! For instance, if the child simply has a gap in knowledge, why did this happen? (Maybe you had a baby the year that you “taught” long division, so the child never understood the steps involved.) If the child has a gap in ability, was it because you had a rough pregnancy, or maybe pitocin was used in labor, or maybe the child was born by c-section, or maybe he had a nutritional deficiency in infancy? Problems such as these often show up in a child with delayed developmental milestones, like my youngest, or in a child who skipped crawling or talked late (such as two of my other children). Again, the book Disconnected Kids has several chapters to help you discover the cause of the problem.

Next we need to identify the specific problems. If the gaps are in knowledge, an achievement test or comparison with a list of common skills can help. If the gaps are in ability, use a book such as Disconnected Kids to pinpoint which parts of the brain (right or left hemisphere) have been affected. Severe problems (such as cerebral palsy, autism, and asperger’s syndrome) and milder disorders (such as ADHD, dyslexia, and sensory processing disorder) are all types of neurological disorders, evidences of a brain injury.

Now we need to teach the brain how to communicate with both sides properly. There are three ways we can do this, and they should all be worked on simultaneously if they are going to be effective.

You can teach the brain to communicate properly by doing “cross-pattern exercises.” As author Ruth Beechick writes, therapists and specialists often charge a high hourly rate for the very same exercises you can do at home. She recommends cross-pattern crawling, cross-pattern walking, and other cross-pattern activities in her book, A Biblical Home Education. You can see examples of these on YouTube. An excellent article on the benefits of cross-pattern creeping can be read here.

Your child also needs a good supply of oxygen to his brain and muscles. You can increase the oxygen in his blood by encouraging daily, aerobic exercise that will also strengthen muscles. Sit-ups, push-ups, jumping, mini-trampolines, jump ropes, running, playing on a jungle gym, and jumping jacks are all good examples of common-sense ways to do this. (My P.E. curriculum provides lots of daily ideas, already scheduled for you.) Children need 30-60 minutes of “play” of this type six days a week!

Finally, don’t forget about the power of music. Listening to music has been proven as an effective way to stimulate the brain. Disconnected Kids has a list of music that can be listened to, for instance, with just one ear with the help of earphones, to stimulate certain areas of the brain. Schedule a time for listening to good music every day!

Fun Fact: Did you know that television, video games, and even computer “learning” games can make brain injuries worse? This is because they over-stimulate certain sections of the brain and under-stimulate other sections. As much as kids love them, it makes you wonder if our plugged-in society is one of the reasons why so many children have learning problems compared to just fifteen years ago.

Nutrition is essential because it supplies oxygen to the brain and nutrients that build up neurons, repair cells, and speed up brain communication. This is a big subject, but my health website and books such as the Gut and Psychology Syndrome share a lot of excellent information on how to use nutrition to improve learning disabilities.

I have also found that essential oils, such as sandalwood, cedarwood, melissa, frankincense, blue cypress, lavender, and helichrysum, when applied to the bottoms of the feet or the temples, help to increase oxygen and mental clarity. Remnant Remedy sells these oils in a blend called “Brainstorm.”

Even if you improve your child’s brain ability, you will not have filled his knowledge gaps. It is common to hear, among homeschoolers and school teachers alike, that if a child is weak in an area, we should overlook it and concentrate on his strengths instead. I strongly disagree! Scientists have found that when we concentrate on a child’s weak areas, he will improve in those ways and his strengths will also improve. Basically, we are teaching his brain to communicate properly, which helps his weaknesses get better and his strengths get better, too.

Rather than apologizing for your child and hoping that he will get along in life without essential skills (such as reading, handwriting, or spelling), spend time each day on his weak areas, systematically helping him improve.

First, reteach. Diagnose his weak areas, then go back and teach those things properly. Don’t let your pride get in the way. If your son is in algebra and you discover that he really doesn’t understand fractions, that’s okay. Spend a few weeks on fractions until he finally gets it. Admitting weakness doesn’t make you a bad mother or teacher. However, ignoring it and pretending it doesn’t exist might.

Second, drill. Just because your child understands it doesn’t mean he can use it easily. Does he understand why 2 x 4 = 8? Okay, can he access his multiplication facts quickly? One sign of a learning disability is that a child’s brain neurons aren’t communicating quickly enough. You can help by drilling him on academic facts until his brain increases its speed. Drill and testing really aren’t the bad guys they’re made out to be!

Okay, so let’s review and give you an action plan.

Taking careful notes will reassure you and others (such as your husband or grandparents or friends) that you really are making progress. It will keep you from getting discouraged on those cloudy days. It will help you prove that your “program” really works.

Okay, your turn! I’m really not the expert here. What advice, books, links, and help can you share?