DESCRIPTION: Brad will share with us how to teach science to our children and teens, with an emphasis on creationism and viewing science through biblical lenses. Secondly, he’ll talk about how to best learn and teach the Hebrew language. (And he’s going to tack on a bonus 5 minutes of using our musical talents for Him!) Note: Because of Brad’s travel schedule and bad wifi connection, this session has been canceled. We will do our best to reschedule it for this fall! 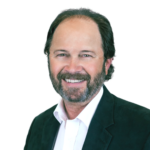 Brad has been teaching the Scriptures since 1971. Raised in Missouri, he began in the Lutheran system and was taught traditional “Christian” theology. In 1978, he began his studies in the Greek language and soon discovered that the well-defined Greek structure was NOT so well-defined.

Parents spend at least eighteen years of their lives training up their children in the way which they shall go only to send them off to institutions of higher education that are designed to remove their foundation. Brad’s desire is to reach the next generation!

Get the Latest News

Hear about upcoming events at Homeschooling Torah, and pick up practical tips for homeschooling as you learn to use the Bible as your primary textbook.